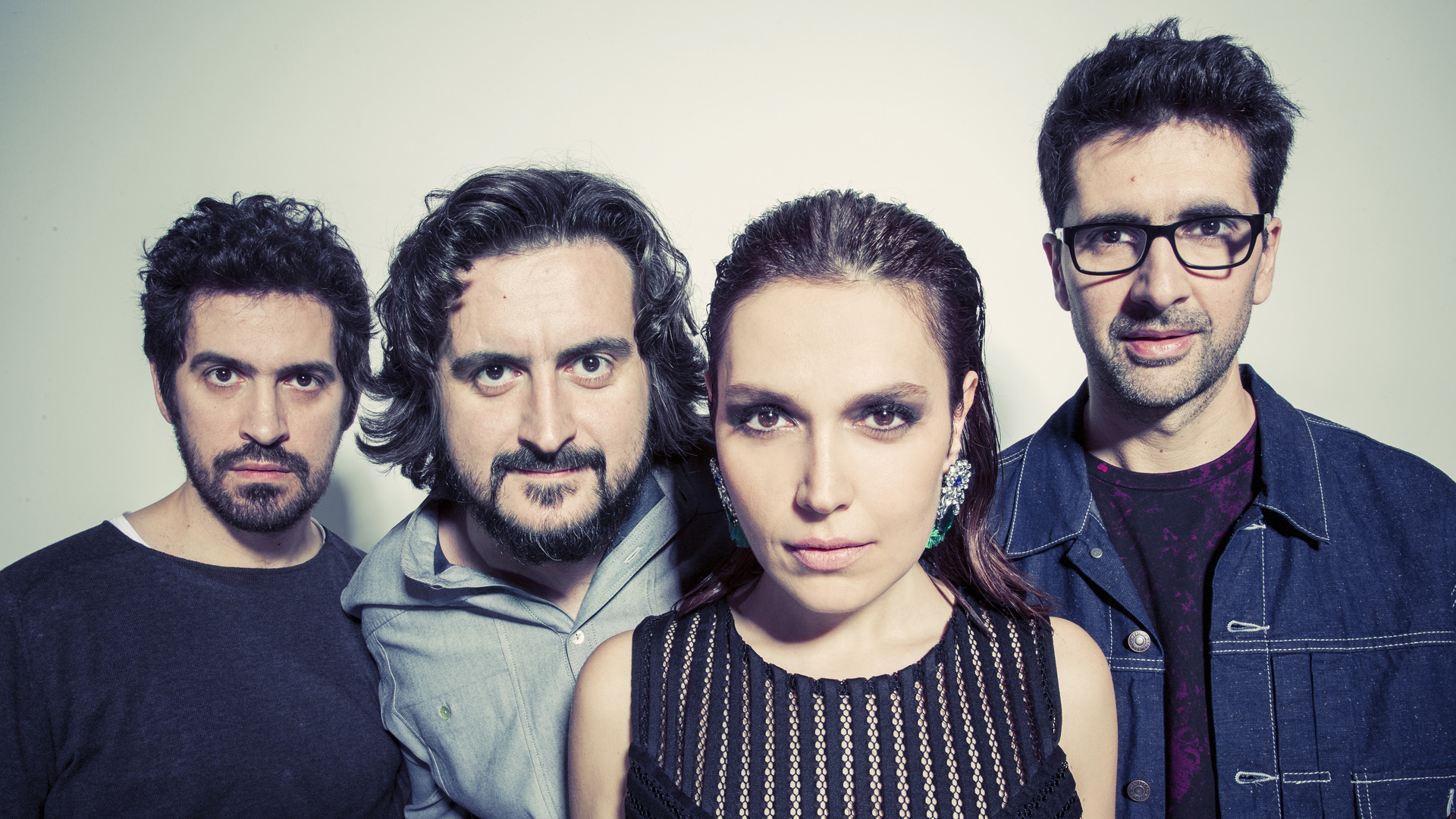 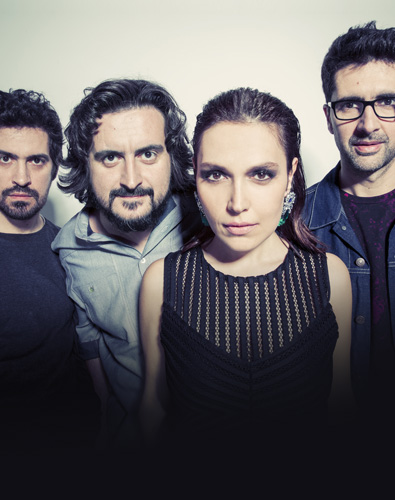 Deolinda have earned 7 platinum discs, sold hundreds of thousands of records, played at venues all over the world, won 3 Golden Globes, 1 Amália prize, 1 Zeca Afonso prize and an award from the prestigious English magazine Songlines. All of this shows that the band is much cherished by their fans and much appreciated by the critics.

They have that special gift of creating and playing songs that immediately enter our collective imagination. Not only this, but they brim with energy on stage and the special relationship they have built up with their audiences means their concerts are pure celebrations that pull in the crowds.

In 2011, the song Parva Que Sou [The Fool I am], adopted as the theme tune of the “Geração À Rasca” [The Struggling Generation] movement and their demonstration of March 12th 2011, helped write the story of this turbulent period in Portugal's life.

After three multi-platinum albums, which have broken all chart records in Portugal over the last decade, the group now returns with its 4th album of original songs, Outras Histórias [Other Stories]. Critics have already dubbed it “one of the best albums of Portuguese popular music of the last ten years”. With the added bonus of special guest artists, who include Manel Cruz, RIOT, The Lisbon Sinfonietta Orchestra and Filipe Melo, the new songs promise to continue the journey which began back in 2006 and has brought so much joy to Portuguese music.