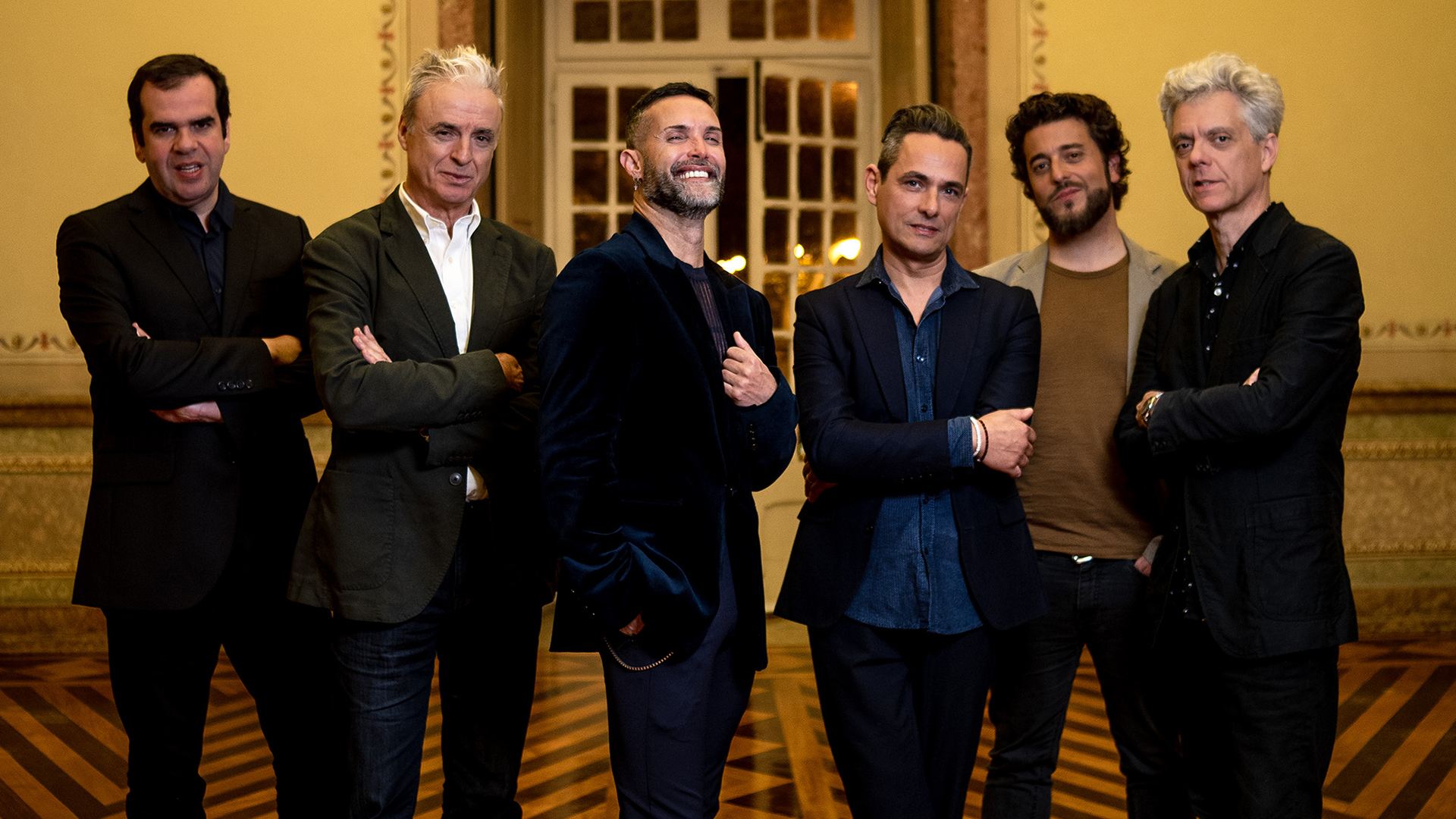 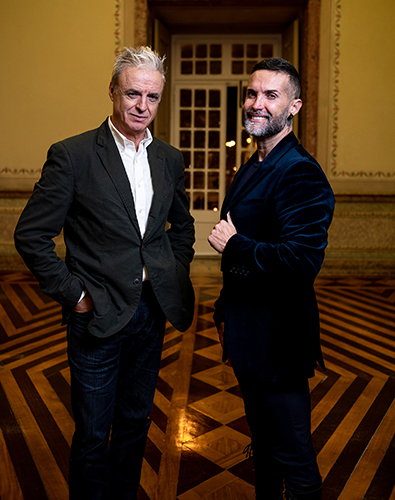 After some interruptions and members' change, Ala dos Namorados returns with João Gil and Nuno Guerreiro on the steering wheel, on the guitar and voice, together with Rúben Alves on the piano, Alexandre Frazão on drums, Nelson Cascais on contrabass and Luís Cunha on the trumpet. Ala dos Namorados is an historic band of Portuguese music that completed 30 years since its foundation on 2022.

The name Ala dos Namorados comes from the Portuguese batallion on Aljubarrota's Battle, which was known by that name for its soldiers being mostly very young. The band, not so young, has in its shelf a platinum - Solta-se o Beijo - and a golden - Cristal.

With eight studio albums, two live albums and a compilation of Greatest Hits - where we can find Solta-se o Beijo, Fim do Mundo e Há Dias em Que Mais Vale… - Ala dos Namorados will go beyond its greatest hits to present a new album, this time with lyrics from some of the best authors of the Portuguese language, such as Mia Couto, José Eduardo Agualusa, Fernando Pessoa, Maria do Rosário Pedreira, Zeca Baleiro and João Gil.

Yes, we are back to our musical space, to a home built in 1992 with a view to the river and to the sea.

Urban Pop Music was our space. It was not Fado but if there wasn't Fado, there wouldn't be Ala, but also the most telluric roots of our traditional music.

There were multiple shows in all corners of the world and multiple hits produced in studio. We're back now in love again with new ideas based on the same principles, Ala's place.

Today, the whole world lives in us and, with all the experince acquired within our own vocabulary, we can say we extended our horizon.

The new songs have the blood of our mixed city where all the world lives and our heart beats where all the Portuguese people live.

In the beginning we looked for rigor, now we will have to stand up to it.

All for love. Music for Music."

"Everytime I was invited to perform in a João Gil concert or when we met throughout concert halls, we spoke of the wish of making Ala dos Namorados come back together. The energy and the light we feel when we share the stage is truly honest and the public feels that truth.

Now, having recorded the new album, it is real. A new breath is coming. The great band that accompanies us, sensational musicians, the songs that catch us and for which I have fallen in love and surrendered singing them.

Almost 30 years later we start again. Be aware, for it will shine in our and your hearts, with all humbling hope.

See you soon! Thank you for being there."